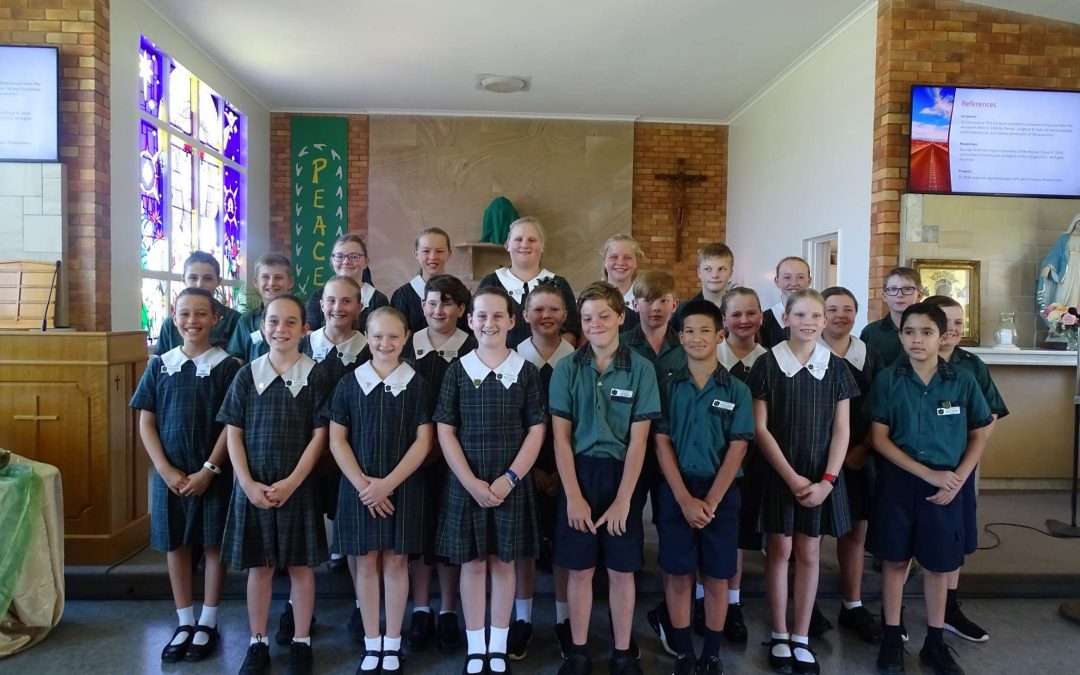 St Monica’s Primary School, Oakey was established in 1921, with the arrival of the Good Samaritan Sisters.

The townspeople of Oakey welcomed the sisters to the town and the school’s opening day saw an enrolment of over eighty pupils, including twelve boarders.

The boarding section remained open until the end of 1967, when it was closed due to the decline of applicants.

Despite the closure of boarding facilities, Sisters of the Good Samaritan continued to have a presence in the school until 1981.

Since then, the school has continued to grow throughout the years with recent modern facilities being erected – a dedicated Early Years Centre and playground and an Information & Technology Centre.

The school is situated about twenty-five kilometres from Toowoomba in the Darling Downs region of South East Queensland.

Students are drawn from Oakey and the surrounding farming communities of Kulpi, Kingsthorpe, Jondaryan, Biddeston and Aubigny.

The school community now have preparations underway for the school’s Centenary celebrations in 2021.

One of the celebration highlights will include the construction of a paved pathway from the sports hall to a labyrinth.

Past and present students are invited to have their names recorded on the pathway.